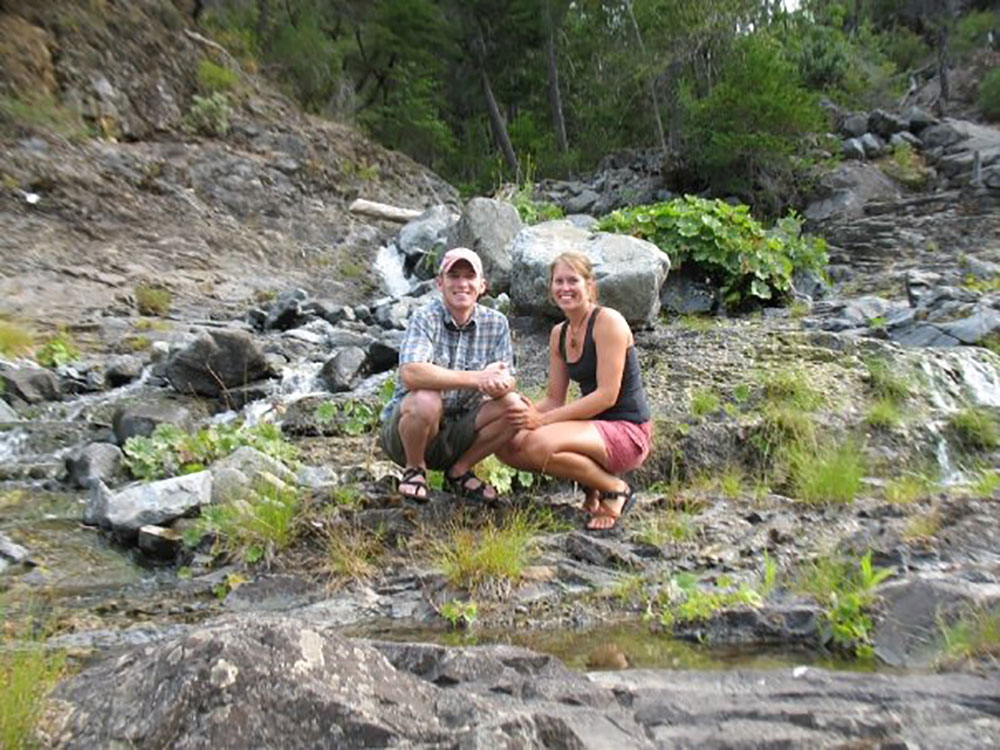 Isaac and Season Ingram work for ARTA River Trips. When Isaac is not on the water, he is helping others get on the water with his work in the ARTA office in Groveland, California. The two of them live in Sonora, California, along with their two year-old son who will be visiting the Rogue in 2016.

We work for a ARTA River Trips.

How long have you been recreating or working on the Rogue?

Isaac first floated the Rogue in the early 90s, Season in the mid 2000’s; since then we have been down the Rogue just about every year together.

Tyee Camp, in the kitchen together, preparing dinner for a large group.

Yes. This one time we were invited to a wedding, it was one of those weddings where you are surprised to be invited (we literally knew nobody except the bride). Despite not knowing a soul we decided to go anyway; at some point during what seemed like a wedding crash we met someone who had also guided on the Rogue and boom! Just like that insta-friends. It’s amazing how the community the Rogue creates seems to extend just about everywhere we go.

What role has the Rogue played in your lives?

We guided together on the Rogue, we spent our honeymoon on the Rogue and now we have a two year old son and this year will be his first river trip down the Rogue – The Rogue has been a very consistent part of our lives.

Friendly, welcoming, fun. It’s the perfect river to come back to year after year, it grows with you.