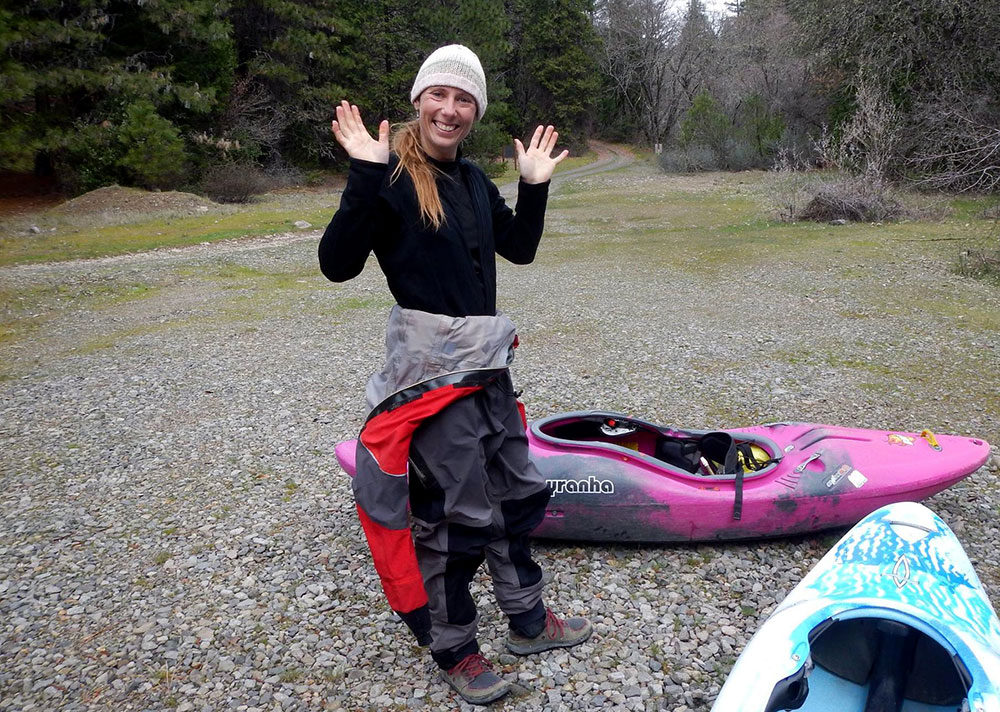 Lisa Byers worked on the Rogue River as a BLM Park Ranger for four seasons; two in the winter and two in the summer. Outside of work, she has boated on the Rogue River recreationally, often on self-support kayak trips during the winter. She is from Knoxville, Maryland, studied Outdoor Education at Salisbury University, and has spent the last couple summers working for the Forest Service in Yakutat, Alaska.

I’m a recreational boater and I also worked as a Park Ranger with the BLM on the Rogue River.

My used to work with the Grants Pass office of the BLM, but I am not currently in that position anymore. I worked in the Rand visitor center, issuing boaters their permits and educating on LNT and rules and regulations. In the winter seasons I helped run the Lottery for the permit system, updated documents and the website, helped get Rand ready for the upcoming season, etc.

How long have you been recreating or working on the Rogue?

My favorite qualities of the Rogue is the beautiful scenery, the whitewater, and the people I meet on river trips.

Mule Creek Canyon is my favorite part of the Rogue! It is so much fun in a hardshell kayak to snake your way through the walls.

Honestly, I haven’t floated the Wild & Scenic Rogue much in the summer months when there are a lot more people floating down it. Most of my personal trips are done in the fall, winter, spring months. I don’t mind the cold and prefer a little more solitude. The times I have been out there with more of a crowd, I have had rafters offer me food and beverage (after they realize I am self-supporting myself in my kayak!). As far as feeling a sense of community, I feel it as a broader aspect in the river community in general and not just on the the Wild & Scenic Rogue River.

About a year ago I helped produce a video for the BLM that is on the website and shown in the Rand Visitor Center. For this video I recruited volunteers to be in the scenes to be filmed and go on a three-day float. The float consisted of BLM staff, filming company staff, volunteers, and a couple dogs. Some of these people had floated the Rogue many times before and some had never seen it previously. We even had volunteers come from as far away as Idaho and California and all of the volunteers were in charge of figuring out their own logistics (boats, gear, food, shuttle, etc.). We didn’t all know each other but we came together because of the shared passion for floating on beautiful rivers, immersing ourselves in wild places, being part of a boating community and making memories. Some of the volunteers even took the initiative to clean up tires and trash along the way without even giving it a second thought! We gathered around the campfire in the evening and shared river stories, smiles, and laughter. It was an unforgettable fun experience for me, and I also believe to the others that were on the trip too.

So all in all, it is the boating community, new and old friends that I meet up with on the river and the stories that are created along the way, that make a trip down the Rogue, as well as other Wild and Scenic Rivers, so special in my eyes.

Has the Rogue River changed you?

I do believe that the Rogue River has changed me. It was my first official River Ranger type of job that began my career path and since then I have gone on to see other incredible areas of our country and work on other river systems.

The Rogue to me personally seems like it has an easy going personality.