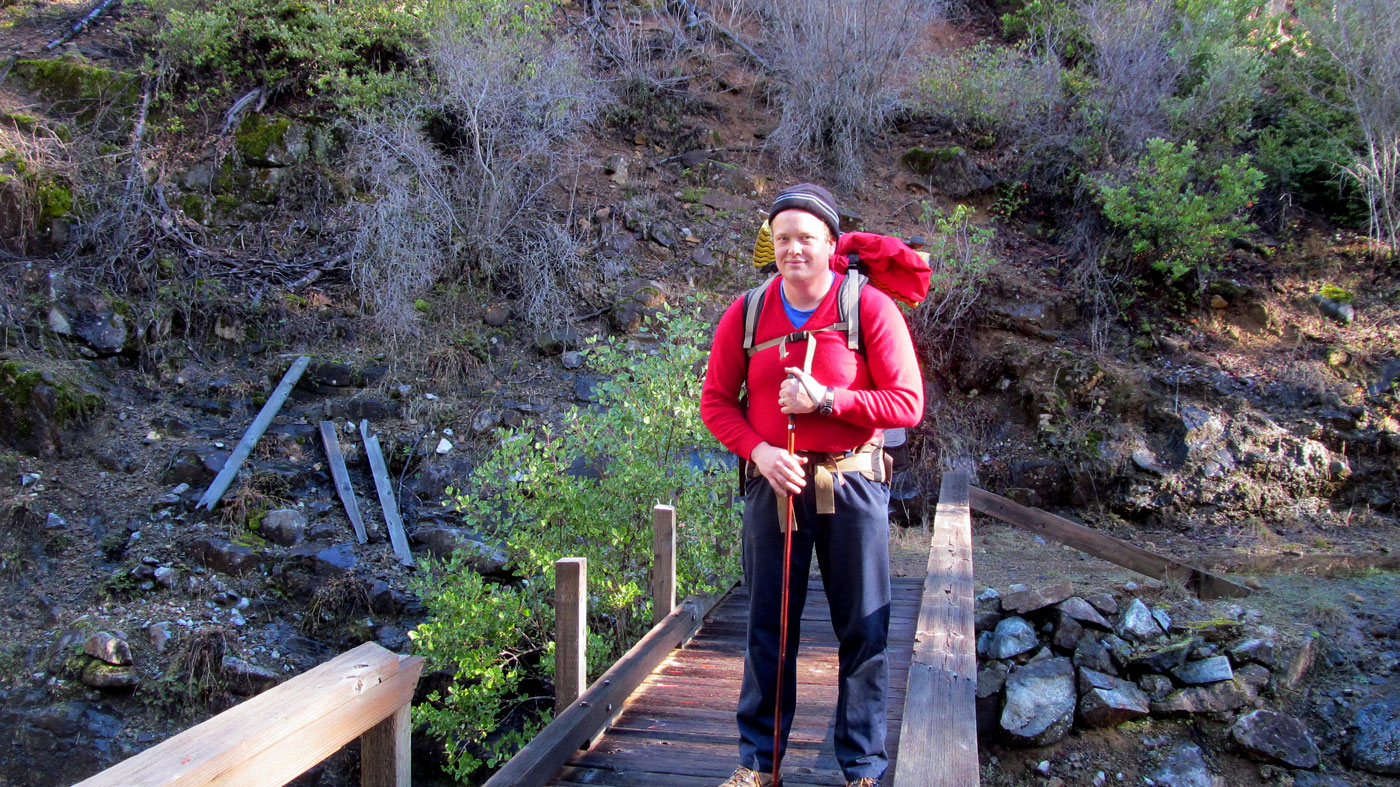 Grew up rafting the Wild and Scenic section and took to hiking it as a young adult. I hike a lot off the river corridor and in the recesses of the Wild Rogue Wilderness Area.

Tell us about your line of work

I’m Executive Director of the Siskiyou Mountain Club. We completed a major trail project in the Wild Rogue Wilderness to resuscitate a 25 mile loop that had been filled in with downed trees, encroached by brush, and swallowed back into the wilderness’s rugged slopes.

How long have you been working or recreating on the Rogue?

This area has a long, storied history, and discovering the archaeological sites and seeing where people used to live really unleashes my imagination.

The Wild Rogue Wilderness harbors the most contiguous and impressive old-growth stands west of Interstate 5. I gravitate toward the Rogue’s pristine tributaries and high ridges.

While the Rogue is a more populated and famous wilderness, it’s still really easy to get off the beaten path for a primitive, unconfined type of recreation.

Favorite spot on the Rogue?

Can you describe the community of people who visit or work on the Rogue?

They cover a wide spectrum. I’ve met all sorts on the Rogue, and they’re all colorful characters, from heirs of the settling families, to the long distance runners who hike the river in a day.

Has the Rogue River changed you? How has it shaped your life?

As a boy and young man, I had formative experiences on the Rogue that seeded a lifelong appreciation of America’s wilderness, wild places, and the experiences they provide us. Now, my life’s work is defined by ensuring the next generation of Americans can discover wilderness and seek the challenge it provides.

What is the personality of the Rogue River?

The Rogue is a storyteller. It tells so many stories from so many people. And while it may seem to provide an insulated wilderness experience, it can be unforgiving.

I will never forget the first time I hiked the Clay Hill Trail in February 2015. Its wide bench and impeccable engineering showed that a ton of work went into its construction by Roosevelt’s Civilian Conservation Corps.

But when we got to the trail, it hadn’t been properly maintained in decades. The trail bench was being swallowed back into Clay Hill, downed logs created impassable gaps, and brush had been left to encroach into the corridor.

It represented this forsaken gem with long, long history; and it told many stories.

It was obvious that Clay Hill’s savanna had once been intentionally preserved by indigenous peoples using fire. It was clear that early settlers had eyed the settlement at Clay Hill for a homestead. And the trail showed the value of human capital and what people can do when we work together.

I read all that from simply discovering the landscape.

What would you tell someone who has yet to visit the Rogue?

The Rogue provides the full spectrum of wilderness experiences. For folks who pay an outfitter to raft the Wild and Scenic section, it’s a gateway drug. For people like me who hike the ridges, gorges and remote recesses of the Wild Rogue, it’s like backcountry heroin.